“I don’t know” those can be scary words to say, especially as a head of school. It’s funny, but it’s almost like the only person in a learning community who isn’t allowed to be a learner is the head of school. I hope that’s not your experience, hopefully you are at a school where you can be fully you, where your community embraces all of you, even the times when you say those words, “I don’t know.” Even if that’s the case you still have a limited amount of time until the next thing comes up that needs your attention. That’s where we come in.
Welcome to EMA’s Head of School Podcast: where we cover the most important enrollment management topics tailored for heads of school. In every episode we’ll cover a couple of high level topics along with a question or reflection you can bring back to your team. Let’s get started.
There are powerful external forces shaping independent school enrollment. Some of these forces are big, some small, but most of them are outside of our control. Concerns are rising for schools who rely on tuition revenue for a large portion of their revenue. With full pay families increasingly harder to find, and more and more families requesting financial aid we need to look seriously at long-term enrollment strategies.
One place we can look is to higher ed. Over the last few decades small colleges and universities have come under increasing pressure. Since 2007, 72 institutions have shut down. And there were a few common factors impacting each of these schools. The schools tended to be small (in this case under 1000 students), didn’t have an online degree program (in other words they didn’t have a diverse revenue stream), they had tuition discount rates greater than 35 percent, and they were spending more money each year than they brought in.
The small colleges and universities who are thriving in this environment are ones who have done two broad things: first of all they became very very good at finding and filling a specific need. They also moved away from an ‘admission’ model to an ‘enrollment management’ model.
We recently spoke with  Mark Sklarow the CEO of the Independent Educational Consultants Association also known as the IECA about how small colleges are differentiating themselves in the market.
There is no doubt the independent school industry will also be challenged in the coming years. A common rule of thumb in calculating financial aid is the 10% rule: a family should be able to contribute roughly 10% of their income toward tuition. If your tuition is $50k that means anyone making below $1million per year might not be a full-pay family.
There are other headwinds. Demographics don’t look good in the coming years with the northeast and midwest impacted worse than others.
But in all of this bad news there are some opportunities: There is some growth in school-age children who are not traditionally enrolled in independent schools: more than half of U.S. children are expected to be part of a minority race/ethnic group… by 2020 [and] the U.S. population as a whole is expected to follow a similar trend, becoming majority-minority in 2044.
And a recent study found that, if given the choice to obtain the best education for their child, a large percentage of families would choose private schools. Yet the reality is that only a small percent have actually enrolled their child in a private school. Of course, affordability is likely the number one factor, but we shouldn’t discount lack of knowledge about independent schools or a lack of understanding about how independent schools are different from each other or from the free local public school.
Inside the world of independent school admission, it’s time for a major shift in perspective, and higher education can teach us a great deal about using an enrollment management model. Indeed, the story of higher education’s journey to a different model for managing enrollment is useful in building a case for change in the independent school community. As colleges and universities have learned, for strategic enrollment management to function effectively it must encompass all aspects of the student journey.
I believe independent schools will survive and thrive well into the future when admission offices push beyond their conventional focus of acquiring new students and become more strategically focused on the marketplace and all the drivers that contribute to steady, long-term enrollment success.
And we’ll be digging much deeper into how schools can do that in the rest of Season 1.
Hey - thanks for listening to episode one of EMA’s Head of School Podcast.
Before we close here is a question you can explore with your Enrollment Management leader, board, or leadership team: “Do you think we take more of an admission approach or more of an enrollment management approach? What’s working and what isn’t?”
Thanks for listening, I hope you have the chance to be creative today. 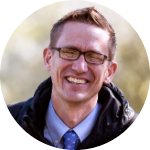 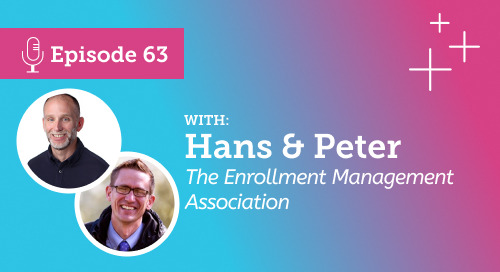 A conversation with Peter & Hans. 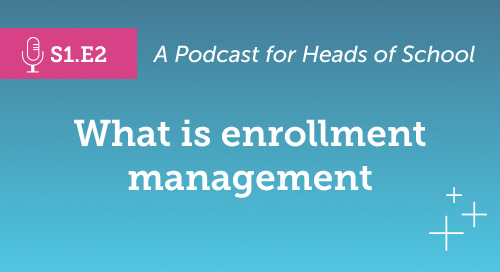 Head of School Podcast: What Is Enrollment Management [S1.E2]

What every head needs to know about enrollment management. 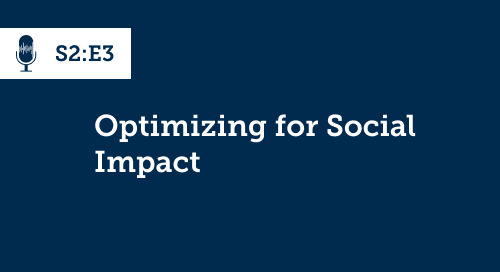 A conversation with Dr. Vivienne Ming. 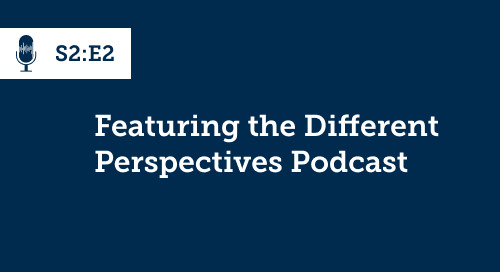 Featuring a new podcast from EMA hosted by Rohan Arjun and John Gentile. 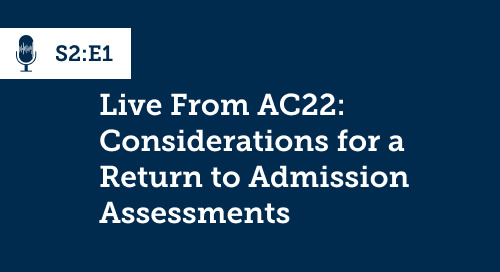 Live From AC22: Considerations for a Return to Admission Assessments [S2.E1] 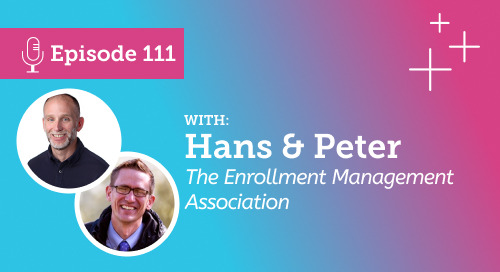 A conversation with Peter and Hans. 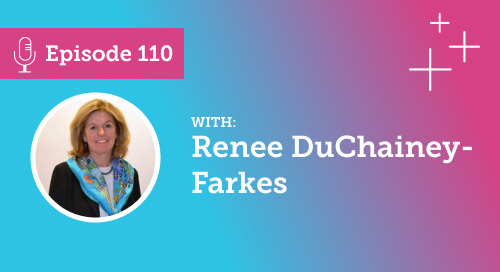 Are You Thinking of Your Parents as Partners? [Ep.110]

A conversation with Renee DuChainey-Farkes. 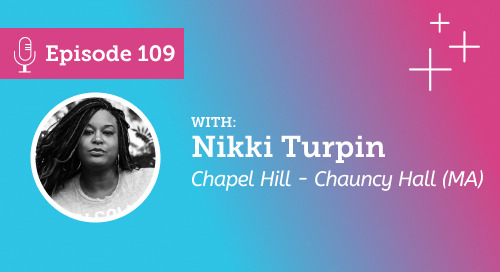 A conversation with Nikki Turpin. 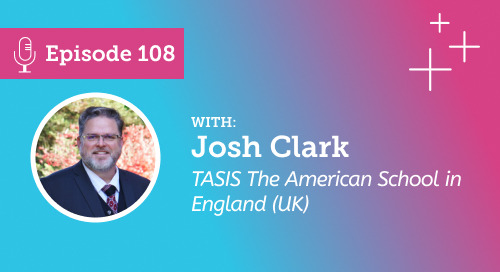 How to Create an Enrollment Management Strategic Plan [Ep.108]

A conversation with Josh Clark. 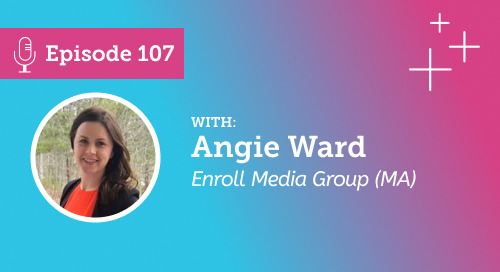 What’s New and Shiny (and tried and true) in Independent School Marketing [Ep. 107]

A conversation with Angie Ward. 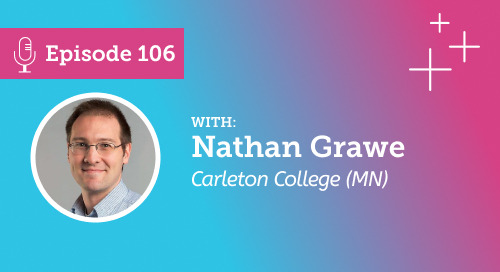 How COVID-19 Has Affected the Demographics of Enrollment [Ep. 106]

A conversation with Professor Nathan Grawe. 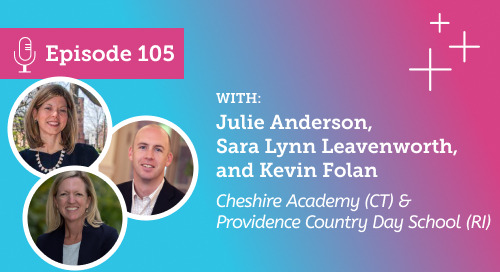 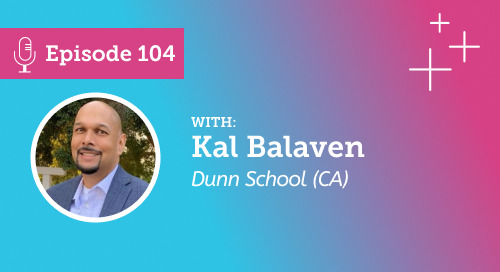 A conversation with Kal Balaven. 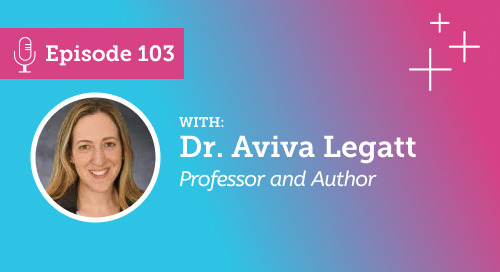 Get Real and Get In: How to Get Into the College of Your Dreams by Being Your Authentic Self [Ep. 103]
Listen Now 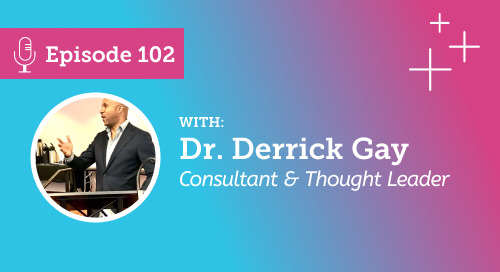 A conversation with Dr. Derrick Gay. 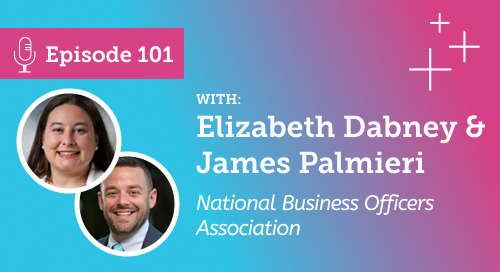 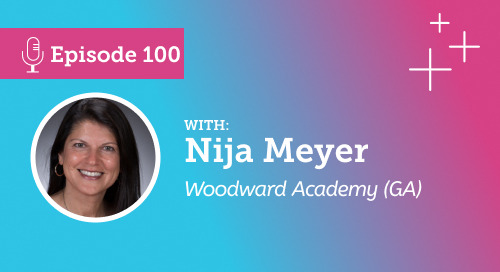 A conversation with Nija Meyer. 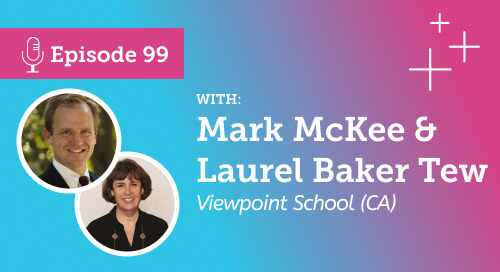 How We Launched a Transitional Kindergarten Program in May (and filled it in 21 days) [Ep.99] 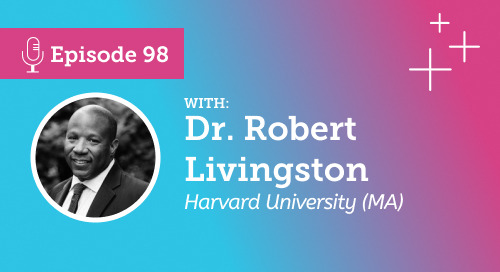 Five Steps to Promote Racial Equity in the Workplace [Ep.98]

A conversation with Dr. Robert Livingston 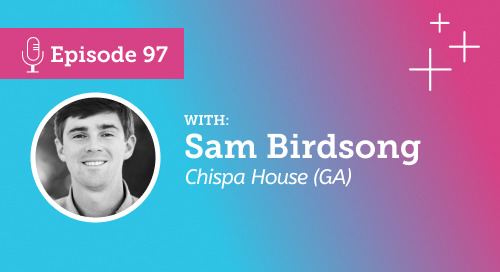 Marketing in an Unscripted World [Ep. 97]

A conversation with Sam Birdsong. 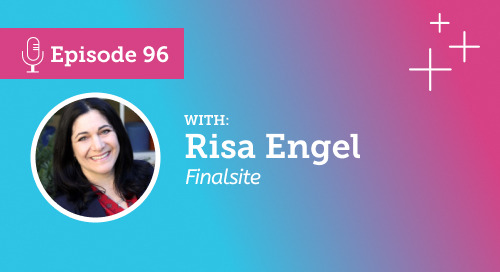 Using Your Brand Voice to Speak with Transparency & Trust [Ep.96]

A conversation with Risa Engel. 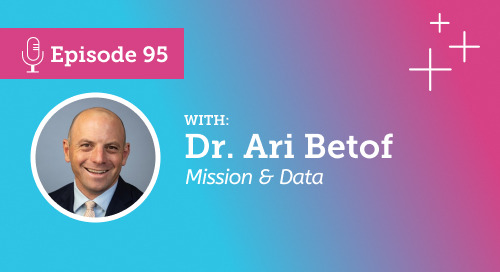