What do patterns from the past and present say about your school’s enrollment picture in the future? Findings from the 2020–2021 NAIS Trendbook indicate that between the economy and the COVID-19 pandemic, several challenges lie ahead. Studying the following trends can help you influence that future through strategic enrollment management discussions based on data.

1.  The COVID-induced drop in consumer confidence points to a fundamental challenge for independent schools.

As confidence in overall economic conditions rises or falls, so does the likelihood that families will take on or forego major purchases — such as an independent school education. One indicator of how families feel is the Conference Board’s widely used Consumer Confidence Index. It’s a monthly probe of consumers’ views on current economic conditions and how they expect those conditions and their family income to change in six months.

The index makes it clear that the COVID-19 crisis has left the public’s confidence badly shaken. Between March and April 2020, the index saw the largest drop ever. In just a month’s time, the public was less than half as confident about the state of the economy. Consumers did report feeling hopeful that business and employment conditions, as well as their total family income, would improve as businesses reopened. But despite a slight rebound in June, the index slumped again over the summer. As the pandemic approached the six-month mark in September, Forbes published an article with the vivid headline “Consumer Confidence Is Still in the Dumpster.”

Past trends on recession-affected consumer confidence suggest that it could be several years before confidence returns to its highest points from 2018. That signals that independent schools will need to evaluate their markets and be crystal clear about their value propositions to convince families that the cost of attendance is worth sacrificing for.

Related questions: How have your school’s current and potential families been affected by the crisis? In what ways can you increase their confidence that your school merits the necessary investment by focusing on what families most want and need?

2.  A previous economic crisis suggests that schools will face major changes in their admissions funnel.

To help schools see what the current crisis could mean for them, the Trendbook looked at what happened during the Great Recession of 2007–2009 and its aftermath. During that period, just over half of NAIS schools experienced enrollment declines. Fifty-four percent of schools reported application decreases, and many saw drops of more than 15% in applications.

At the same time, schools admitted a higher percentage of applicants. The median acceptance rate grew by 7 percentage points from 2004–2005 to 2009–2010. Not surprisingly, schools with higher application declines tended to increase their acceptance rates more than their counterparts.

How long did these changes last? Applications rebounded slightly between 2009–2010 and 2014–2015, but they have not returned to their pre-Great Recession levels. Acceptance rates have also remained elevated, although they haven’t grown a great deal since their recession peak.

To make up for lower numbers of domestic applications during the Great Recession, schools ramped up international recruitment. More than half of NAIS schools (52%) recruited at least one F-1 Visa international student between 2005–2015. The total number of international students grew from almost 14,000 in 2005 to more than 31,300 in 2017 — a 126% increase.

The growth rate in international student enrollment has decelerated since 2012 and was especially evident in 2017. Visa restrictions, concerns over xenophobia, and increased competition from other countries seeking to enroll international students have made it more difficult and less appealing for them to study in the United States. The uncertainty brought on by COVID-19 will no doubt worsen the challenges, which will make schools that depend heavily on this market vulnerable.

Related questions: How has your school’s enrollment changed during the coronavirus crisis? Which particular groups are applying or enrolling in significantly smaller numbers? What short-, medium-, and long-term steps can you take to stabilize the pipeline?

Between 2004–2005 and 2009–2010, the median attrition rate increased from 7.1% to 8.2% among all schools. This change was driven entirely by voluntary departures, since median dismissals went down at the same time. As the Trendbook notes, “It seems plausible that increasing tuition levels combined with the recession’s economic effects played a role in these changes.”

Attrition rate changes varied across school demographics. Smaller schools were more likely to experience larger increases in attrition. In addition, lower schools experienced larger changes in attrition rates than K–12 schools. These changes may have more to do with school size than grade level. K–12 schools tend to be much larger than either schools that serve elementary grades only or schools that serve secondary grades only, with a median enrollment of 713 compared to just over 300 for only-lower and only-upper schools.

Related questions: What attrition trends are you seeing by grade levels and by demographic characteristics, such as race and ethnicity? What can you do to lower attrition by planning for both the short and the long term?

Myra McGovern is vice president of media at the National Association of Independent Schools, and Karla Taylor is co-editor of the NAIS Trendbook. The 2020–2021 Trendbook covers 30 trends in 10 subject areas, including enrollment, demographics, and affordability. The Trendbook is available at www.nais.org/bookstore.

NAIS members can get additional timely insights from Snapshot Surveys, which report on topics related to admissions, enrollment, and other areas of independent schools that are affected by the pandemic. Link: https://www.nais.org/articles/pages/member/research/nais-snapshot-survey 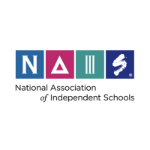 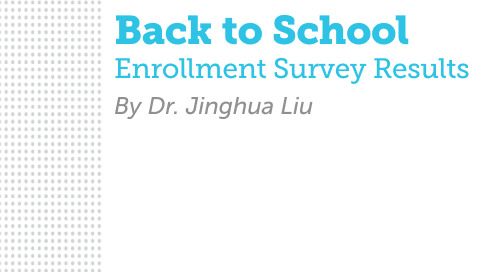 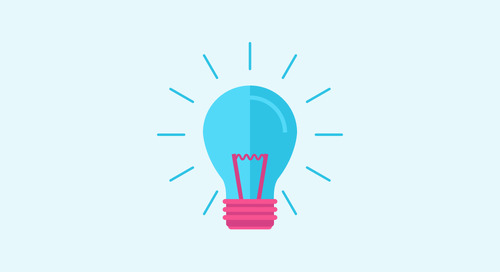 Sharing results from a poll of counselors and consultants working with #Chinesestudents applying to univers... 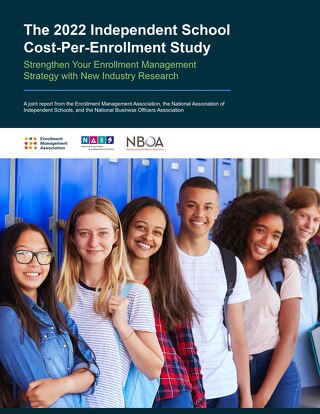 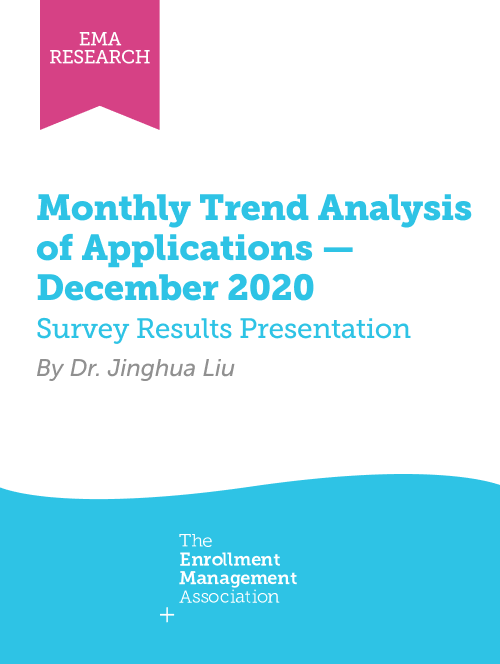 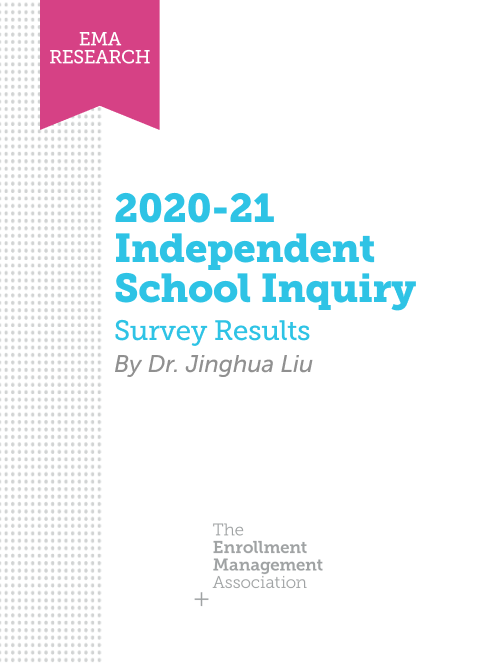 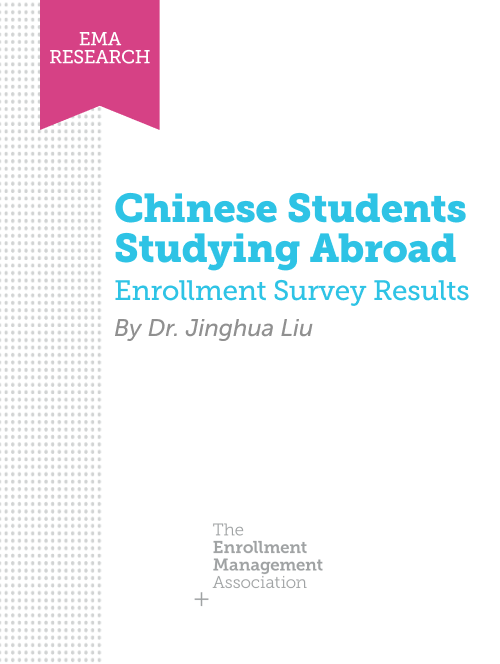 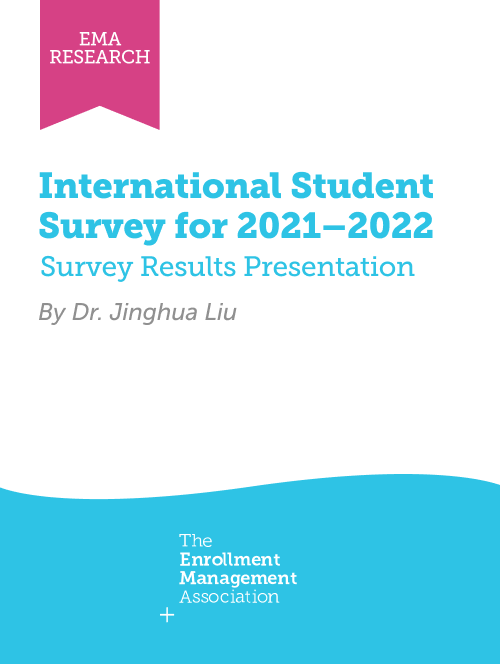 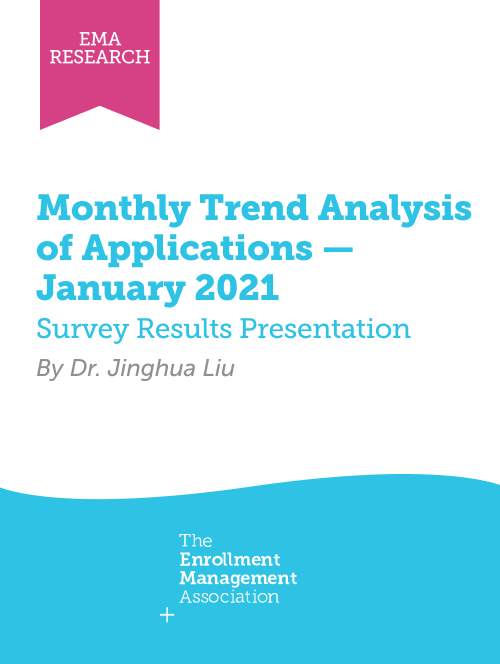 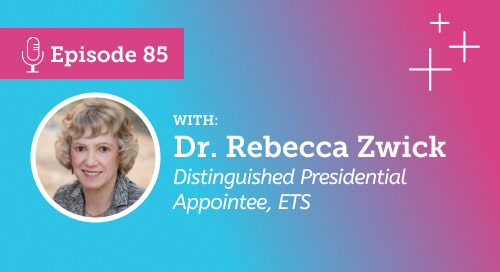 Is Constrained Optimization the Future of Admissions? [Ep.85]

A conversation with Dr. Rebecca Zwick. 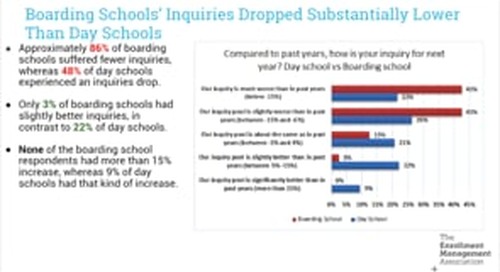 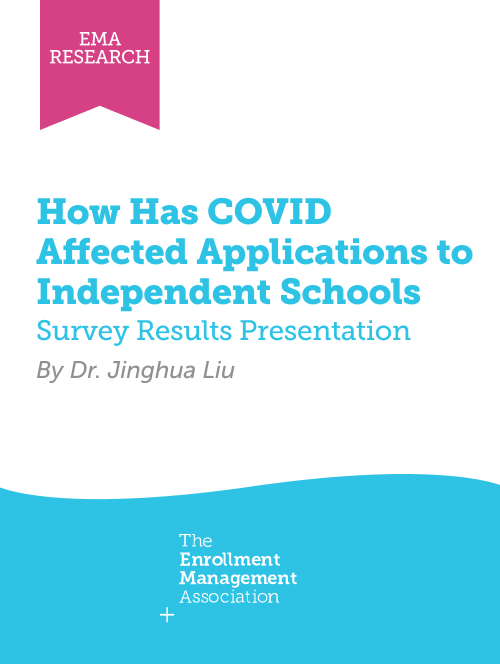 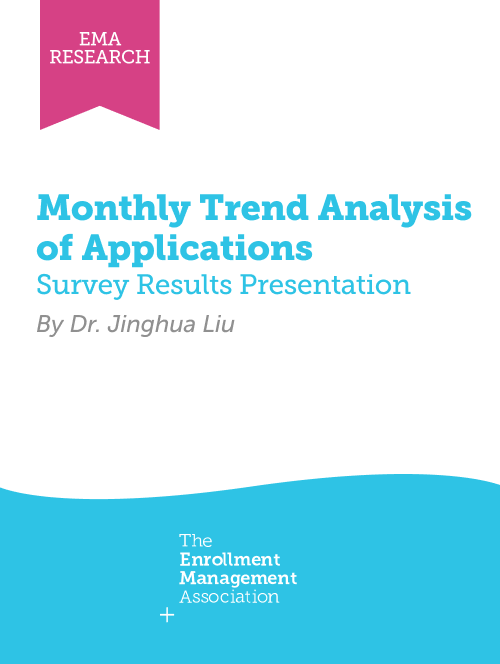 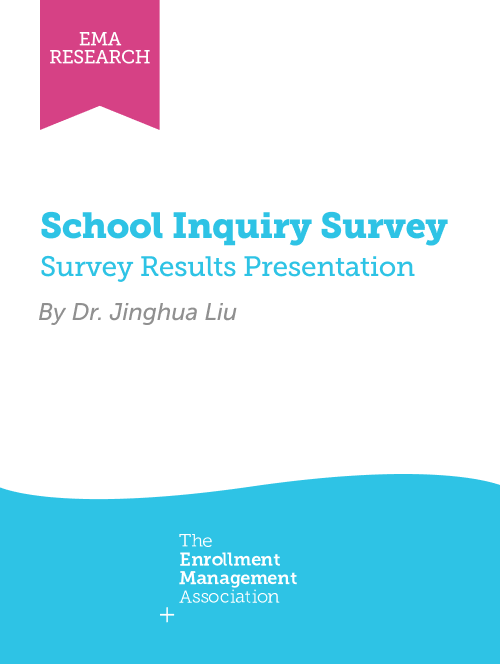 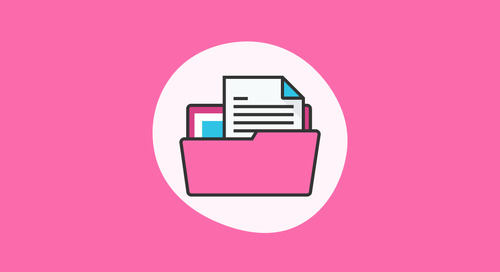 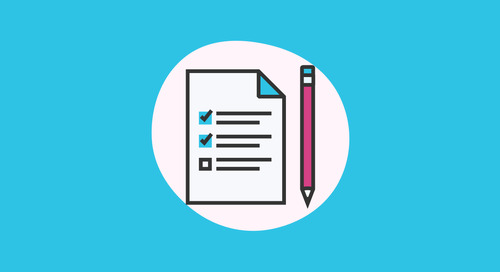 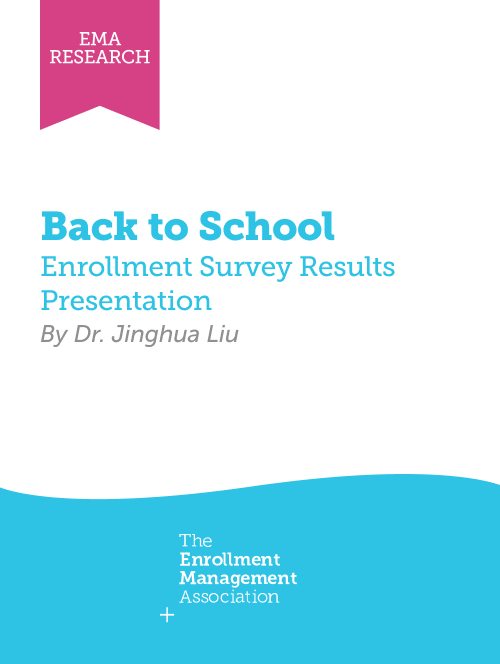 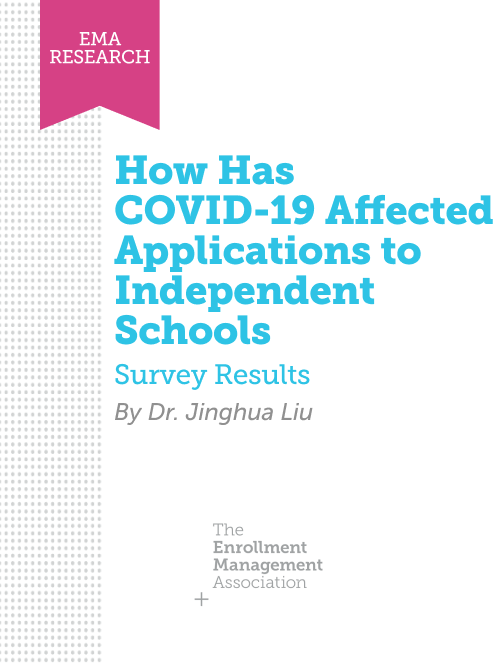 How Has COVID-19 Affected Applications to Independent Schools
View Resource 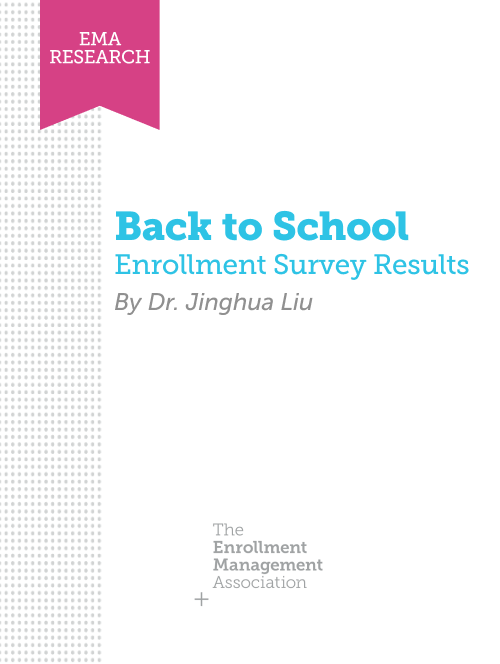 Sharing results from a poll of counselors and consultants working with #Chinesestudents applying to university or high school North America! #studyabroad #covid19